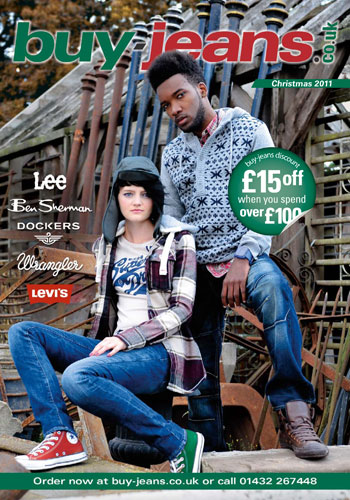 BuyJeans.co.uk the on line mail order company owned by the Herefordshire based Denim Nation have just celebrated their 10th birthday.

“Trading for 10 years may not seem a very big achievement but it is a massive one in the On line world” commented Luke Conod Managing Director of Buy Jeans.

“We launched BuyJeans.co.uk back in 2001 when most people did not have the internet and Broad Band download speeds were just a thing of fiction.”

“BuyJeans.co.uk grew beyond our wildest dreams, and is now one of Wrangler, Levis, Dockers and Lee Jeans largest Independent customers. Following the success of BuyJeans.co.uk in 2003 we opened SchoolUniformShop.co.uk which proved to be an instant success. From those early days we have grown and now send over 120,000 garments a year to mail order customers across the UK and Europe.”

“In this time we have also opened seven concessions across the UK and we now have outlets for our jeans in Birmingham, Colne and Newcastle-Upon-Tyne, we have also just opened a concession in Ireland.” Luke continued to say.

FIT has recently celebrated its second birthday and has quickly established it’s self as the destination in Herefordshire for the latest designer labels for both men and women, the list of brands now available in their store in High Town Hereford is growing every week and includes G Star, Diesel, Superdry, Lispy and Firetrap, Voi Jeans, UCLA, Levi, Bench, Two Stoned, Killah, We Walk, Rare and Gio Goi to name but a few.

To find out for yourself how FIT has become the destination for the latest designer labels why not visit the store in High town Hereford or visit them on line at the-fit.co.uk.