Technology is reshaping the High Street, consumer behaviour is changing and this is having a massive impact; some of this is down to a new phenomenon called “showrooming”, in which people use their phones while out shopping to see if they can buy the item cheaper on line. A recent survey commissioned by The Telegraph has found that 4 out of 10 people now only use the High Street to “check something out” something they planned to buy on-line; worryingly for the future, twice as many under forties “Showroomed” compared with those over 40. Nearly three quarters of the people surveyed said that they use the internet more than they did three years ago for shopping.

It is therefore with a great deal of sadness I have to announce the closure of our high street store FIT in Commercial Street Hereford. It has been an important part of our businesses growth, but now that our web store FitFashion.co.uk has built it’s own following, it simply does not make economic sense for us to remain in Commercial Street in Hereford with the FIT brand. Our Internet stores take four times as much money with 3% of the overheads compared to the high street outlet.

We all know the High Street is going through massive change. I believe that at the moment the government’s policies and inflexible business rates are adding to the High streets problems across the country. If the Government is serious about helping the High Street to re invent its self it has to look seriously at how it charges business rates both on the high street and to the out of town retailers and supermarkets, at the moment it is not doing anything at all.

We have all recently witnessed the council dole out 10 times this figure – (yes £500k) – to a London business to develop a new out of town shopping centre for the national chains and multiples; they haven’t even used a Hereford firm to build it! This was the last straw for me. In my view the councillors involved in the decision not to help good Independent businesses right across the county in favour of a London based Property firm, should be ashamed of themselves.

I would like to wish bricks and mortar businesses in Hereford well during this transitional period. 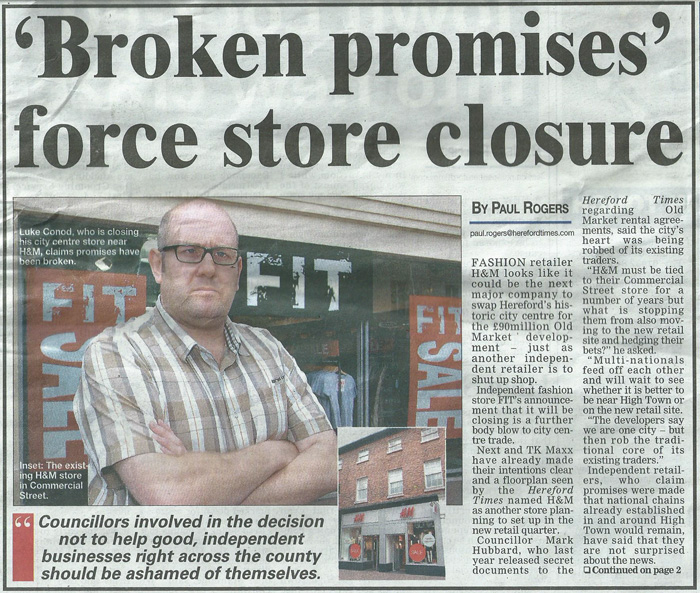 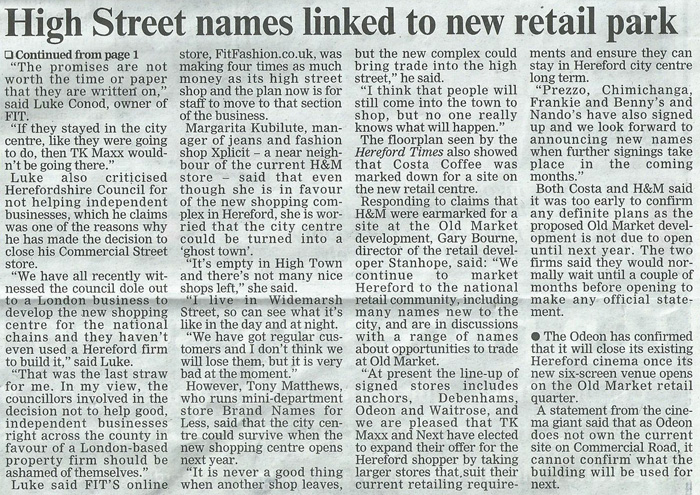 BBC Hereford and Worcester News Report and Interview (audio only)