Santa has brought cheer to the Mayor’s charities after raising £462.50 during his recent visit to Hereford’s Buttermarket.

The event was sponsored by The Entertainer toy shop and supported by Hereford City Council, Fit Hereford and the Market Traders Association. 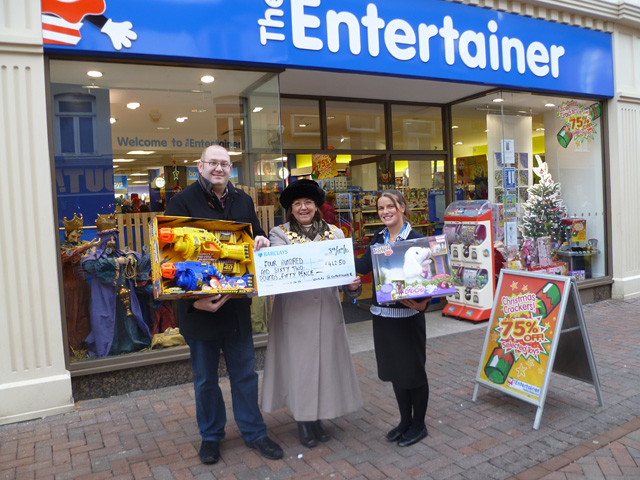 Daisy Allam, manager of The Entertainer, handed over the cheque to Cllr Anna Toon, the Mayor of Hereford, who will make a donation to the Traders’ Association, for a charity of their choice, before dividing the remainder between Herefordshire Voluntary Action and Wheeled-Sports 4 Hereford. 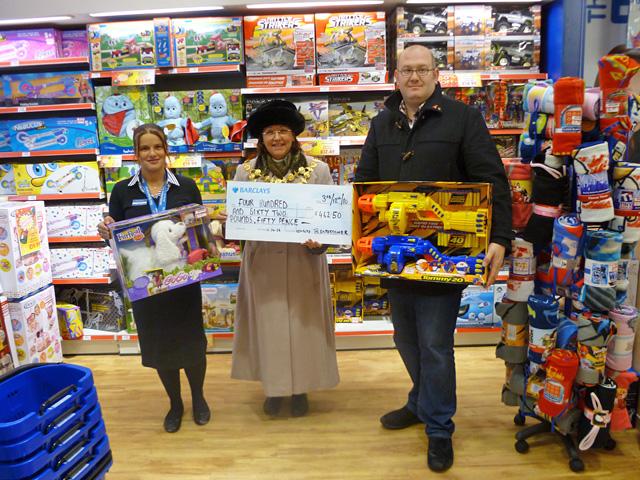