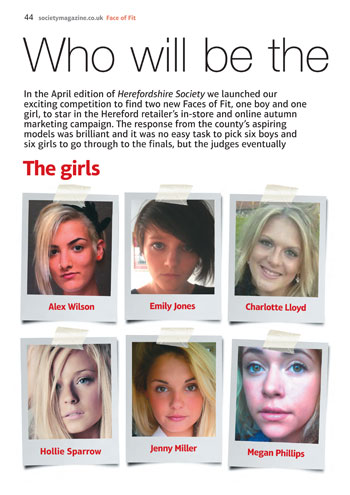 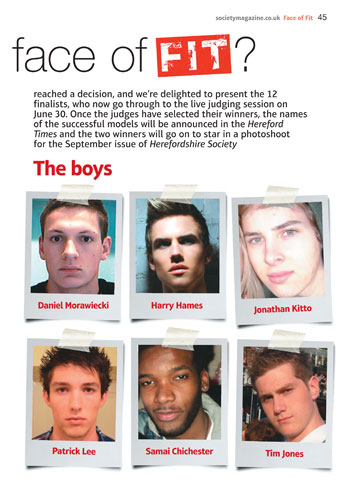 In the April edition of Herefordshire Society we launched our exciting competition to find two new Faces of Fit, one boy and one girl, to star in the Hereford retailer’s in-store and online autumn marketing campaign.

The response from the county’s aspiring models was brilliant and it was no easy task to pick six boys and six girls to go through to the finals, but the judges eventually reached a decision, and we’re delighted to present the 12 finalists, who now go through to the live judging session on June 30.

Once the judges have selected their winners, the names of the successful models will be announced in the Hereford Times and the two winners will go on to star in a photoshoot for the September issue of Herefordshire Society.